Demand justice for the Rohingya

To the Rohingya community:

We stand with you in your struggle for justice. The violence against your community was incited on Facebook, and we support your efforts to seek remedy so the Rohingya people can thrive. We call on regulators and lawmakers to stand with you too, by holding Facebook to account for its role in violence and human rights violations, and by putting effective regulation in place to prevent future harm. 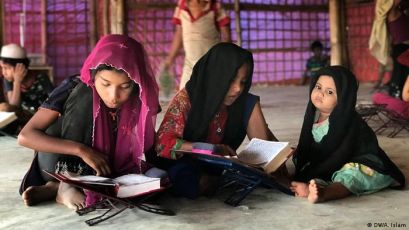 By failing to act on hate speech against the Rohingya in Myanmar, Facebook helped pave the way to violence that killed tens of thousands, and displaced close to a million. Survivors are now stuck in refugee camps, deprived of education and a future.

Rohingya call it the final chapter of the genocide against their people. And they’re fighting back.

Though Facebook admits it played a role in the violence, they have repeatedly refused to help them build a brighter future. That’s why a group of Rohingya youth have filed an official complaint, asking Facebook to invest in their community’s educational resources.

This week could be a turning point: new research has shown Facebook is still allowing anti-Rohingya hate speech, and both the US government and whistleblower Frances Haugen threw their support behind the Rohingya! Let’s a million citizens voices to show the world stands with the brave refugees in their quest for justice – sign now and share widely.