To the International Olympic Committee :

We call on you to ensure that Mount Gariwang is protected and not clearcut to make way for an Olympic venue that will only be used for three days during the 2018 Pyeongchang Winter Olympics. We call on you to truly live up to your ideals of sustainability and environmental protection and save the Korean forest that has been protected for over 500 years. Old growth forests can not simply be replaced or restored, please investigate other options for the events. 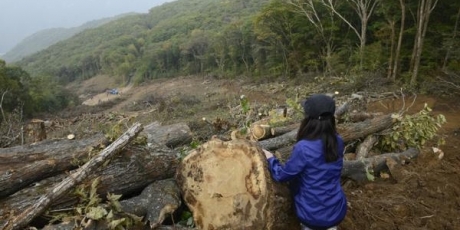 Clearcut the ancient forest for a 3-day ski competition.

It seems like a no-brainer. And it should be. But right now, Olympic organisers in South Korea are tearing down forest, with trees half a millennia old, to make room for massive ski facilities that will be used for 3 days.

It’s short sighted, illogical and worst of all, irreversible. Once that precious forest is gone, it’s gone forever. But we can stop it. The International Olympic Committee has laid down a mandate that the 2018 Olympics should be a “Green Olympics” built and operated by principles of sustainability. If we launch an enormous global outcry from every country participating in the Winter Olympics, we can shame the International Olympic Committee to living up to their ideals. Click to join and when we reach 1 million signatures, we will launch a massive stunt in front of the Olympic Committee offices to stop the destruction.