As concerned citizens from across Canada, we strongly urge you to suspend all arms deals with Saudi Arabia until they end their assaults on innocent civilians in Saudi and Yemen, and respect Canadian policies and values around human rights. 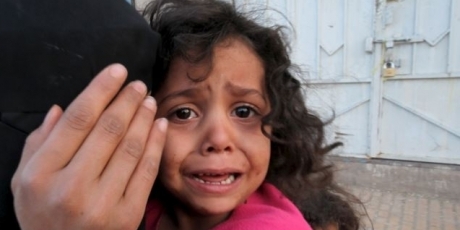 A few days ago, a little boy was killed in front of his family when a Saudi armored vehicle shot at their car. He was just three years old.

It's part of Saudi's violent crackdown on its own citizens -- flattening entire neighborhoods and forcing hundreds of families to flee. They’re getting away with this and so much more, and no one is stopping them.

Now there’s video showing Canadian-made armored vehicles being used against Saudi's own people. It's a violation of Canada’s arms policy so Foreign Minister Chrystia Freeland is deciding whether or not to suspend weapon exports to Saudi Arabia. But it will be tough for her to challengea longtime ally and one of the most powerful governments.

Let’s show Freeland that millions of us across Canada have her back to do this! When enough of us join, we’ll deliver our call through billboard ads in her neighborhood in Toronto.