Stop the beheading and crucifixion

21-year-old Ali Mohammed al-Nimr is about to executed and his body exposed in public by Saudi Arabia. As he was arrested and convicted when he was 17, his execution is prohibited under the Convention of the Rights of the Child that the Kingdom has signed up to. Human rights experts claim his confession was obtained under torture. We call on you to use your strong ties to the Kingdom to urge them to stop his execution. We also demand that you challenge the appointment of Saudi Arabia to head a U.N. Human Rights Council panel. Our world needs to ensure human rights oversight is in the hands of governments with strong track records. 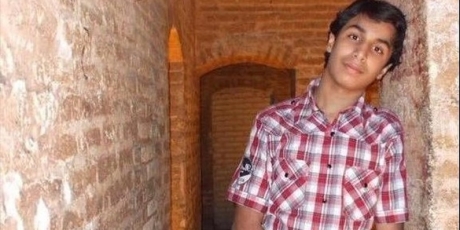 Saudi Arabia is about to behead a 21-year-old man and then crucify him to display his body in public. This same country was just chosen to head a U.N. Human Rights Council panel. If it wasn’t so serious this would be funny!

Ali Mohammed al-Nimr was arrested when he was 17 for participating in demonstrations against the government, then he was convicted under torture. But his case is not an exception in the kingdom -- Saudi Arabia has executed more than 100 people this year, that’s a rate of one every 2 days!

France has already requested that Saudis stop this execution, but the US, Germany, and the UK also have very cosy relationships with the Saudi regime. The best way to get urgent action is to channel our outrage to these leaders who can persuade their Saudi allies. Sign up now to save Ali, and then stop this human rights farce, his execution could happen anytime.