Save Syrian lives -- suspend all arms exports to Turkey!

To the US, the EU and all governments that sell weapons to Turkey:

As citizens from around the world deeply concerned with the assault in Northern Syria, we urge you to immediately halt ALL weapon exports to Turkey. We also ask you to do everything in your power to bring all parties to the table for peace talks and an immediate ceasefire. 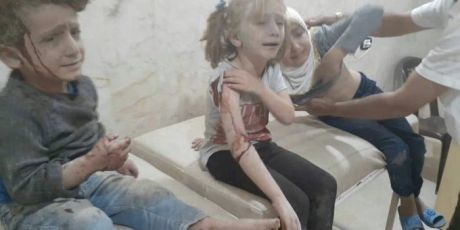 Turkey’s sudden invasion of Syria has left children dead and maimed, tens of thousands homeless, and put Syrian and Turkish troops on track for full-blown confrontation.

But if we are fast, it could also be a turning point -- a chance to stop Syria’s agony.

Already the US has slapped sanctions on Turkey, and some European countries have suspended new weapons sales. But so far, it’s not enough to stop the attacks -- we need to rapidly ramp up the pressure on Turkey to force it off the battlefield and all sides into peace talks.

The US Congress will convene next week, and EU leaders soon after. Let’s deliver a massive call for the US and Europe to stop all arms sales to Turkey and throw their weight behind an urgent peace process. Once it's big, Avaaz will run public opinion polls showing a vast majority want this to happen and plaster our call in major media outlets in Europe and the US!