As citizens from all over the Earth, we call on you to urgently and transparently align your business model with the goal of limiting global heating to 1.5 degrees celsius. As a first step, we call on you to immediately stop financing the expansion of fossil fuels, rapidly scale up your investments in clean energy, and use all your finance and shareholder power to push other companies into alignment with the Paris climate agreement. 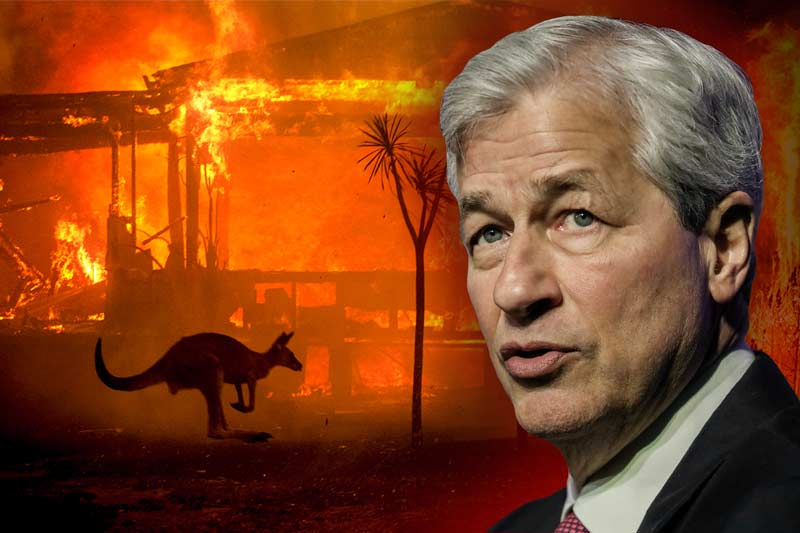 He's the King of Carbon -- CEO of the world's biggest banker of climate change, pumping $196 BILLION into planet-cooking fossil fuels since 2016.

We have to stop him.

After relentless public pressure, one of Dimon's biggest competitors just promised a major shift away from coal -- and Dimon's feeling the heat. If he changes course, it could choke the fossil fuels industry and kickstart an energy revolution!

Public pressure worked before -- now let's do it again!

Dimon's expected at a key global summit: Let's meet him with millions of our voices, splash his face in a major financial paper, and force him to green his bank's trillions -- add your voice now!