To the United Nations Security Council:

As global citizens, we urgently call on you to pass a resolution that effectively protects the Syrian people from gross human rights violations. Last month’s horrendous chemical attack against civilians was the last straw. The UN has a responsibility to protect the people of Syria and make clear that these vicious crimes against humanity will not go unaddressed. 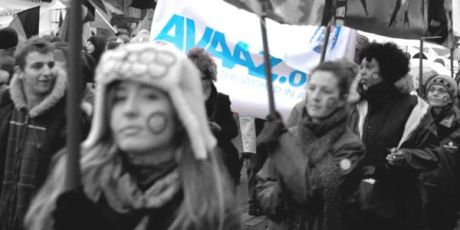 WARNING: This video is very disturbing and difficult to watch.
All she kept screaming was “I’m alive, I’m alive,” over and over again. And then she cried out for her parents.

Younma couldn’t be more than 11 or 12, and in one of the most harrowing videos we’ll ever see, she reacts in terror to having survived the Syrian government’s chemical weapons attack.  There’s a lot of confusion and debate about what the world should do in the face of this nightmare but finally, today, there’s a path forward. After months of protecting the Syrian regime, Russia’s President Putin announced earlier he’s open to UN Security Council action.

This is the opening we’ve been waiting for -- let’s launch a million-person call for them to seize this moment, for Younma, and for the thousands of children who could be next. Sign now.