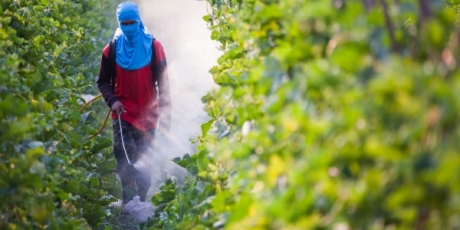 This has my head spinning. In months, Europe could actually ban the killer herbicide that Monsanto's entire business model is based on!

Glyphosate kills *everything* except Monsanto's genetically engineered crops, transforming our planet into ecological wastelands where nothing can live but one GM crop. It's apocalyptic.

Even worse, its use is skyrocketing, has been found in 90% of our bodies, and a new study says it likely causes cancer!

This month, we won a massive battle to block renewal of glyphosate's license in Europe. Everyone told us this was impossible, but we changed the game! Leading EU politician Pavel Poc said: “Avaaz is indisputably the driving force on glyphosate”.

The EU will decide on the ban within months. This the moment - if we all chip in now, we can trigger a plan to fund independent science, keep pressure on leaders sky high, and get a win in Europe that goes global -- chip in the cost of a drink or a meal to make it happen.

Alice and the Avaaz team