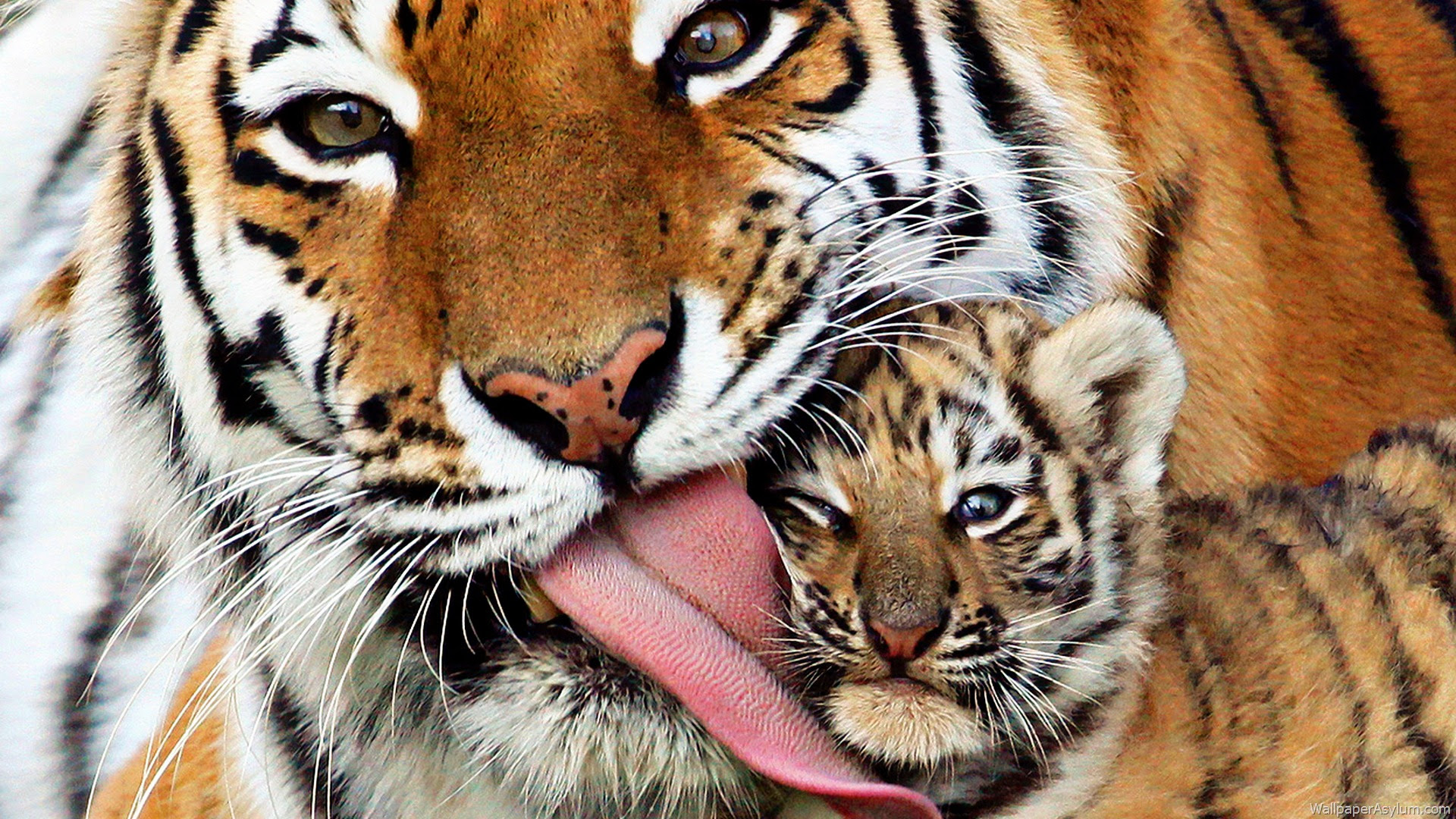 The proposed 1,320MW Rampal coal-fired power plant is located next to the Sundarbans in Bangladesh -- the world's largest mangrove forest and a World Heritage site that is home to endangered Royal Bengal Tigers, dolphins, turtles and many other critical species.

UNESCO has released a report following a fact-finding mission which recommends cancelling the Rampal plant saying it will seriously harm the Sundarbans World Heritage site. And all independent evaluations of the project conclude that it is environmentally damaging ( Norway Council on Ethics ), violates human rights ( South Asians for Human Rights ), and economically irresponsible ( IEEFA ).

Because of the bad image associated with it, major international banks have refused to directly finance the Rampal project.

But the Exim Bank of India has committed to provide a $1.6bn loan to build the project. This makes up 70% of the funding , without which the project would not be able to proceed.

The Exim bank can make this loan because it is able to raise billions of dollars through issuing bonds. Without this money, Exim Bank would not have the capital to lend. And the proposed Rampal loan would make up a large chunk of the Exim Bank’s lending portfolio. IEEFA calculates :
“for an investor holding $100 in Exim Bank bonds, $8.7 would be exposed to the Rampal project if the loan were to be made out immediately.”

This campaign calls on all institutions financially tied to the Exim Bank who claim to have strong sustainability principles to heed their own policies and public statements and:
In particular:

JPMorgan Chase : JPMorgan is one of the top 5 bondholders of the Exim Bank of India, a long-time facilitator of Exim Bank's bond issuances, and lists Exim on its Emerging Markets Bonds Index, referenced by an estimated 50% of industry players. For these reasons, JPMorgan has the influence to ask Exim Bank to step away from the Rampal project, or risk losing its support. The Rampal coal plant does not meet the technological requirements in JPMorgan's own policy for coal plants in low-income countries. Furthermore, one of JPMorgan's prohibited transaction is "natural resource development within UNESCO World Heritage sites". While the Rampal plant itself does not fit this description, the ultimate result of causing harm to a World Heritage site is the same. JPMorgan is currently preparing a response to our campaign.

Deutsche Bank : Regarding the coal terminal near the Great Barrier Reef, Deutsche Bank issued a statement saying: "Deutsche Bank does not support activities unless there is consensus between the government and UNESCO that the planned activities do not place the outstanding universal value of the site at risk." In the case of the Rampal coal plant, UNESCO's recommendation is clear, and Deutsche Bank should divest from the Indian Exim Bank if it wants to be seen as consistent with its earlier stated public position. When contacted by us, Deutsche Bank said they were currently monitoring the situation, but that it was too early for them to take any decision.

Allianz : Allianz has shown strong leadership among its peers by divesting from coal assets and improving sustainability standards. Allianz says it " seeks to be a leader in integrating Environmental, Social and Governance (ESG) across the investment value chain by ... encouraging ... ESG performance of investee companies. " The Rampal project, as one of the most risky coal projects out there, is a prime candidate for Allianz to engage strongly with Exim Bank of India, both publicly and privately, warning them that it may rid its portfolio of Exim Bank bonds if they continue to provide the loan to the project. When contacted by us Allianz said they were looking into their involvement and were going to seek a position from Exim Bank of India on the issue.

Citibank, Standard Chartered, Bank of America Merrill Lynch : These banks have all helped the Exim Bank of India raise millions in bond money in the recent past which the bank relies on to offer loans. Citi says it is " guided by standards that require clients to avoid or mitigate threats to biodiversity arising from client operations ". Standard Chartered says it will " restrict the provision of financial services to Corporate and Institutional Banking, Commercial Banking, and Business Banking clients who: Do not significantly impact upon, or have operations located within: UNESCO World Heritage Sites, RAMSAR Wetlands, unless operations would result in ‘no net loss’ of biodiversity ". Bank of America Merrill Lynch has a green bond index where Exim Bank bonds have been listed, but now it appears some of the money raised through green bonds are going to coal-carrying rail infrastructure. All of these banks can take strong steps if they so choose to ensure that the Rampal Coal Plant does not proceed.

The ability of the Exim Bank of India to pursue a project that will cause untold harm to a treasured World Heritage site depends on whether its bondholders and financial service providers demand appropriate environmental and social safeguards in their transactions.

The biodiversity of our planet is precious -- and as the world's largest mangrove forest, the Sundarbans is a unique ecosystem whose worth cannot be measured in monetary terms. It is all of our responsibility to ensure that it is protected -- which is exactly why it is termed a World Heritage site. UNESCO's position makes it clear that the proposed loan of the Exim Bank of India is clearly a violation of basic sensibilities. The banks listed above, and others tied to the Exim Bank of India, can act with responsibility to save the Sundarbans.


Appendix - Top 50 bondholders of the Exim Bank of India 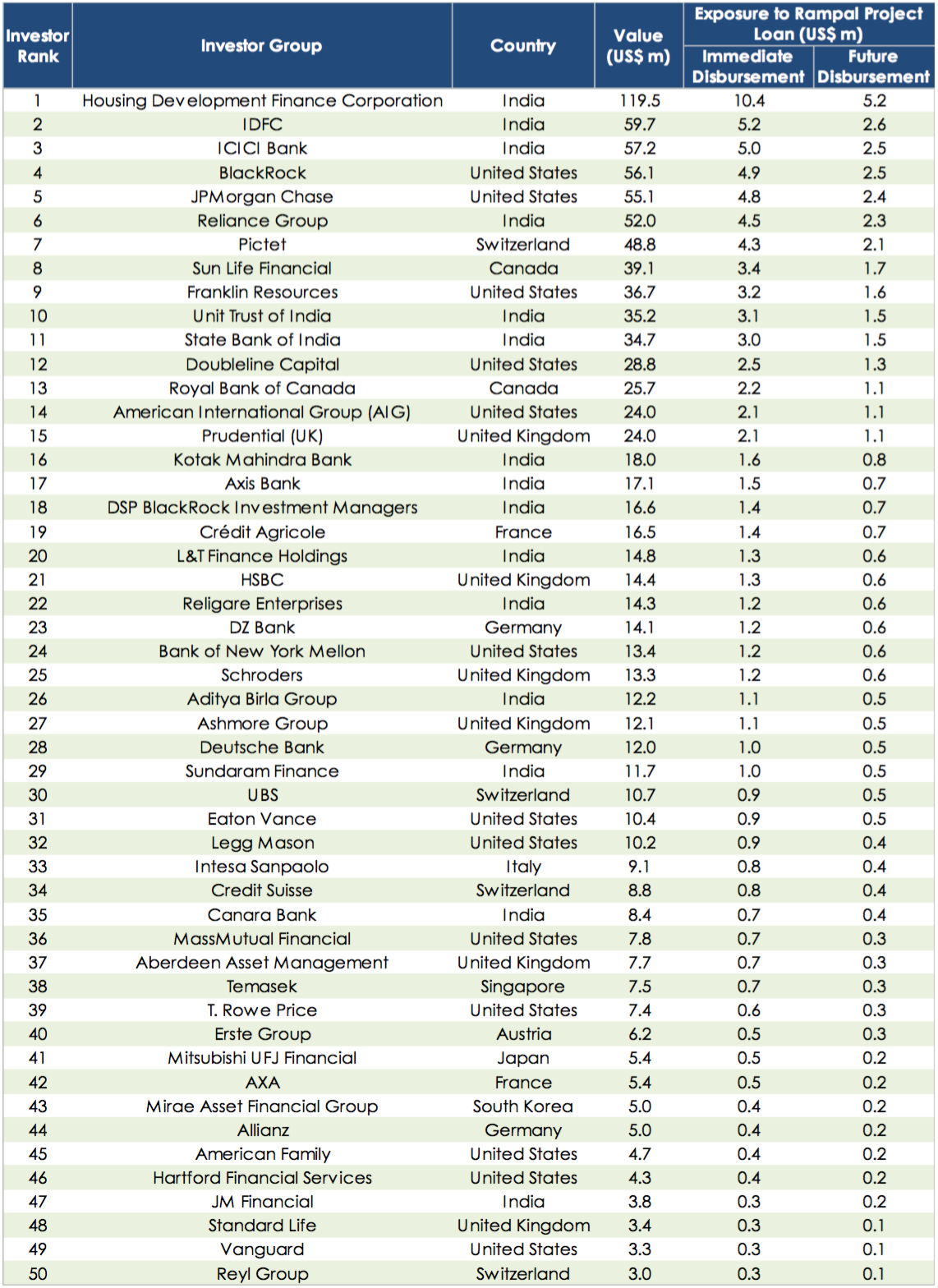