Back the climate children! 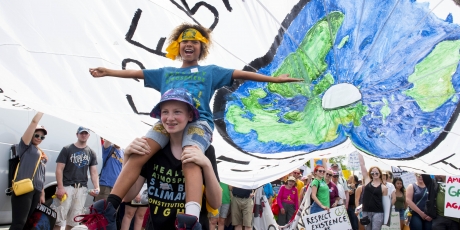 One lawsuit could stop Trump wrecking our planet. And here’s the kicker — it’s a case brought by 21 children!

Yup, after years of battling motions to dismiss their case, a US court ruled that 21 young people suing the US government have a constitutional right to a safe climate. Now, a Federal court will hear their case against the President!

If they win, Trump will be forced to rein in the fossil fuel industry! This case could change everything.

But these are just children. They’ve got a tiny team of great attorneys but don’t have the funds to fight Trump and the oil industry's fire with fire. So they’ve called on us for help.

Our community has a unique power to raise the funds to back them before they are due in court, and then take the fight global to other courts and countries. These courageous children and their case could be our last, best chance to stop Trump’s war on our planet. If 50,000 of us chip in just a small amount now we can support them and campaign for a safe future.