To US Secretary of State John Kerry and EU High Representative Federica Mogherini:

As citizens concerned about the risk of escalating violence in Palestine and Israel, we call on you to speak out against the threats to murder or hurt Palestinian civil society leaders and human rights defenders. Your continued silence makes you complicit in any harm that may come to peaceful leaders who represent hope for freedom and peace in the region and your urgent public statement is needed to prevent unnecessary bloodshed. 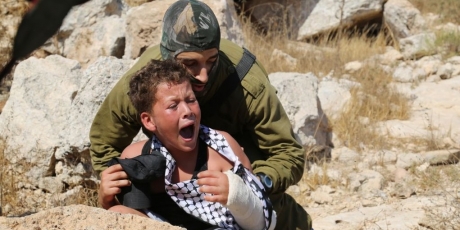 Our colleagues and friends in Palestine are in real danger.

This high-level threat is like a green light for extremists to attack or even murder campaigners. US and EU foreign policy chiefs, John Kerry and Federica Mogherini, have the Israeli government’s ear. They could save lives if they denounce these threats. Yet they have remained silent.

Kerry and Mogherini speak out to defend human rights activists when their staff, media, other governments, or enough citizens lobby them to do so. Nobody is being that voice for our friends in Palestine. But we can be that voice before a civic leader is killed.

In the next few weeks Kerry and Mogherini meet with Israeli government officials. Sign the urgent call to them to speak out -- let's get a million of us to stand against violence.