To US President Barack Obama:

We call on you to help the world avoid nuclear war by signing an executive order to remove the US's nuclear missiles from “high alert” status. 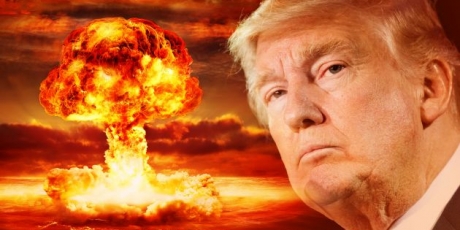 What’s the scariest thing about Trump?? He’s completely unpredictable, and if he decides to launch US nuclear weapons -- there’s nothing that can stop him.

That’s cause once the President says “go”, there’s just 4 minutes til launch. It’s a crazy dangerous system that started in the Cold War and is totally unnecessary today -- which is why when Obama was elected he said it was dangerous and that he’d change it.

But if he doesn’t do it in the next couple days, Obama turns our safety over to the whims of unstable Donald Trump. With just days left in office and competing priorities, he won't get around to it without massive global pressure. Respected politicians, government officials and military figures have already joined the call -- now if we get a petition in the millions and deliver it in Washington with a big splash, our community can put this issue at the top of the US news in his final week.

But we need to move FAST -- he needs to hear from everyone who could be in danger (which is…literally everyone!!!). Add your name and then share the page on Facebook, Twitter, everywhere.