To President Museveni of Uganda, Members of the Review Committee, and donor governments:
We stand with citizens across Uganda who are calling on their government to withdraw the Anti-Homosexual Bill, and to protect the universal human rights embodied in the Ugandan constitution. We urge Uganda’s leaders and donors to join us in rejecting persecution and upholding values of justice and tolerance. 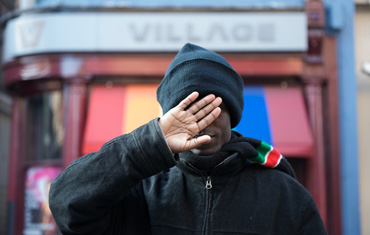 CLIMATE OF FEAR: Frank, a Ugandan human rights advocate fighting the bill, has received threats & must protect his identity

Gay Ugandans may be sentenced to death if legislation being debated right now passes.

High level international condemnation has just pushed the President to send the bill for review, but Ugandan allies say only a worldwide outcry could tip Parliamentarians away from discrimination, alarming them with global isolation.

We have just days left -- sign the petition to oppose Uganda's anti-gay law below and send it on to friends and family and it will be delivered to Uganda's politicians, donors and embassies around the world.