The evidence is overwhelming that WhatsApp has become a weapon of mass democratic destruction. We demand that Facebook immediately install disinformation protection for all WhatsApp users and, if necessary, make encryption optional so that users can choose to assist efforts in monitoring disinformation. All fake and fraudulent accounts must be deleted and any and all fake news must be corrected in a timely manner. 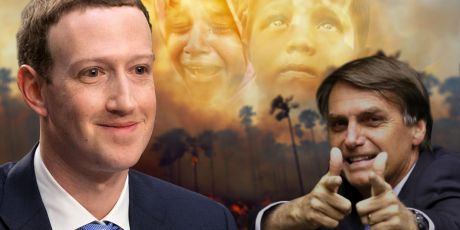 This is terrifying — the man just elected President of Brazil wants to bulldoze the Amazon, has threatened to kill 30,000 "leftists", and praises dictatorships. And just months ago, almost nobody wanted to vote for him. How could this happen?!

CEO Zuckerberg sat back as rich companies illegally spent millions to flood the messaging platform with fake news and hate speech -- until the country trusted a fringe fascist more than anyone else.

Zuckerberg could have stopped it early and informed users. He didn’t. Now it’s on us to use this moment to shame Facebook into taking responsibility for fake news and hate speech spreading on its platforms -- and end it before more men like Brazil’s President take control of our democracies and our future.