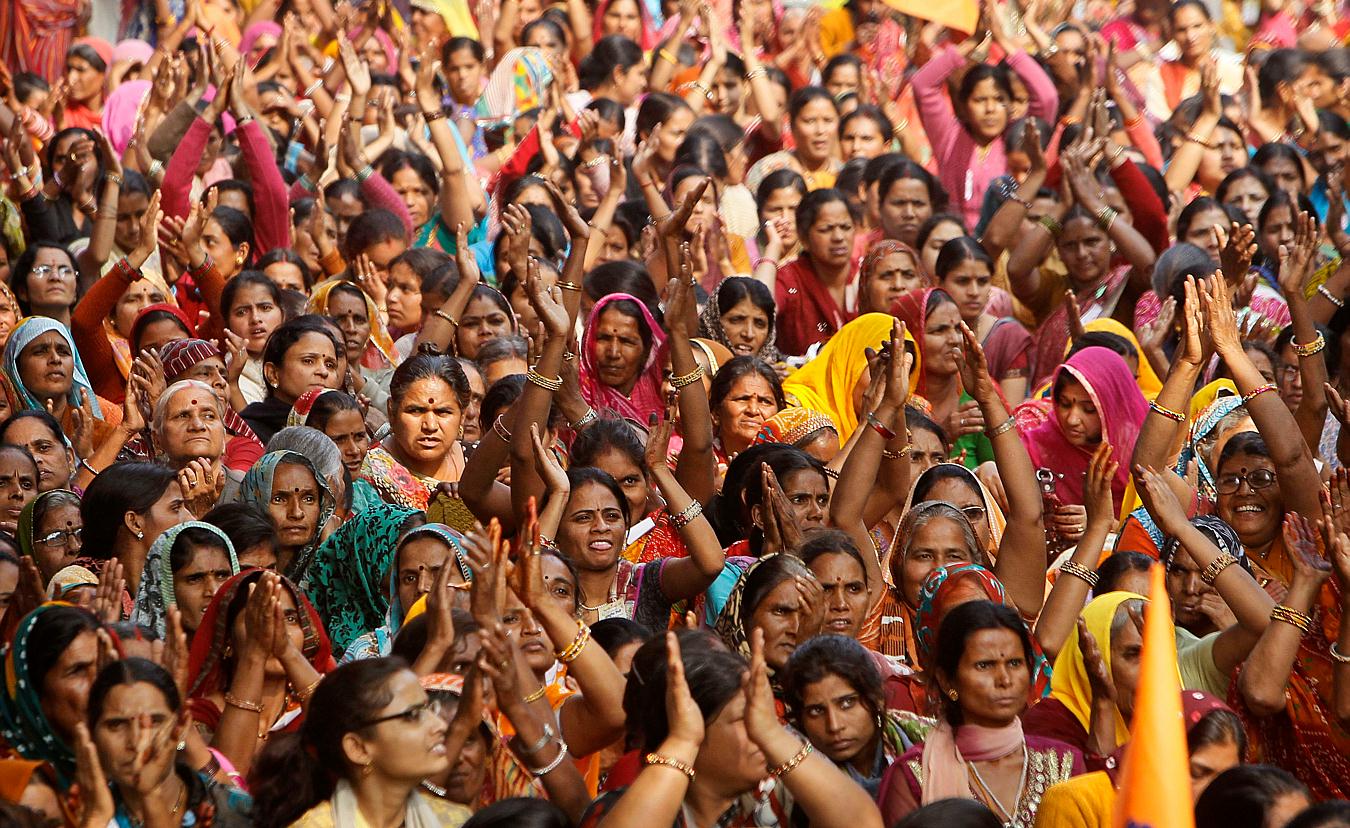 A freedom movement for women has caught fire. Citizens across the country are demanding an end to the generations-deep violence and suppression faced by hundreds of millions of Indian women and girls. Voters are calling on elected officials to commit the resources and political will for change now. This Indian Womanifesto is a 6-point plan critical to the freedom and safety, equality and flourishing of India’s women and girls:

1. Educate for Equality:
We will implement comprehensive, well-funded and long-term public education programmes to end the culture of gender-based discrimination and violence. These will include: SMS, radio and TV public service campaigns, accessible lesson plans for schools, modules for training teachers and to train professionals such as doctors and lawyers. To this end we will reach men, women, boys and girls in both urban and rural areas.

2. Make laws count:
We will ensure each government agency produces a detailed action-plan to implement laws to end violence against women, and we will fund it. We will work with state governments to provide comprehensive services to women who are victims of violent crimes, helping them to fund and set up one-stop, 24-hour crisis centres and safe shelters in each police district, and to give swift financial compensation. We will create and fund a comprehensive scheme to prevent sexual abuse of children, including safe childcare for children in villages and urban jhuggis, and awareness campaigns among children and parents. We will work with state governments to establish responsive and fair fast track courts for crimes of violence against women and raise the number of judges to at least 40 per 1,000,000 population. We will also ensure increased access to accountable legal aid, ensure that money damages are rapidly paid by the State in cases of sexual violence, and create robust witness protection programmes.

3. Put women in power:
We will support the Women's Reservation Bill in the Lok Sabha, and ensure that women will be represented in all councils, committees and task forces related to policy and practice across the board. We will support the adoption of a Code of Conduct to disqualify electoral candidates who have committed offences of gender-related violence and end misogynist comments and behaviour in the Lok Sabha. We will strengthen the autonomous functioning of the National and State Commissions for Women, with experienced professionals being selected through a transparent process.

4. Police for the people:
We will establish and enforce a comprehensive response protocol for crimes against women, and publicise it. We will work with state governments to change service rules and ensure police and prosecutorial recruitment, promotion and penalties are made on attitudes and performances based on gender. We commit to implementing police reforms and to ensure that police personnel who breach the new procedures are investigated and disciplined accordingly. We will also establish rape crisis response teams, with rural and urban pilot projects. There will be zero tolerance of moral policing by State/non-State actors.

5. Swift, certain justice:
We will support amendments to laws that perpetuate violence and discrimination against women and sexual minorities, and those that directly/indirectly sanction discrimination against women on the basis of religion, caste, sexuality, age, economic status or disability. We will stringently implement the Pre-Conception and Pre-Natal Diagnostics Technique Act. We will support the amendment of existing laws, to remove the marital rape exemption, repeal Section 377 IPC and make sure that the rape of any person is criminal. We will change the law so that consenting couples aged 16 and 17 do not fall foul of rape laws. We will remove the impunity to perpetrators of custodial rape under the Armed Forces Special Powers Act and will appoint special commissioners in conflict areas to monitor and prosecute sexual offences. We will enact the Prevention of Atrocities (Amendment) Bill to stop crimes against dalit and adivasi women and commit to a strong law against communal violence that holds state and non-state actors accountable. We will take strong action against racial discrimination and violence against women from the North-East. We will push to enact a special law to combat honour crimes. We will take steps to bring speedy justice in long-pending cases of communal and caste massacres, as well as custodial rapes.

6. Economic flourishing:
We will ensure secure, dignified, remunerative employment for women. Action plans will be created to secure equal pay for equal work in all sectors; provide creches and other critical support to MNREGA workers; rights, dignity and minimum wage women workers in the organised and unorganised sectors. We will grant government employee status to ASHA and anganwadi workers in 'voluntary' schemes where women work with informal honorariums. We will push to amend the law to address the range of unfair discrimination at work, including in the unorganised sector and we commit to implementing the Central Government mandate under the sexual harassment law. We will bring universal, non-contributory old age pensions for women. We will create action plans to accelerate quality education for girls. We will devise a scheme to ensure that women achieve equal property rights in natal families and fair shares through marriage. Public toilets shall be set up, especially in the poorest areas, and all women will have access to regular, safe public transport. We will ensure development justice for women and respect community rights to resources. Action plans will include infrastructure, personnel, training, monitoring and evaluation, supported by central finances.

For a PDF version of the Womanifesto, click here.